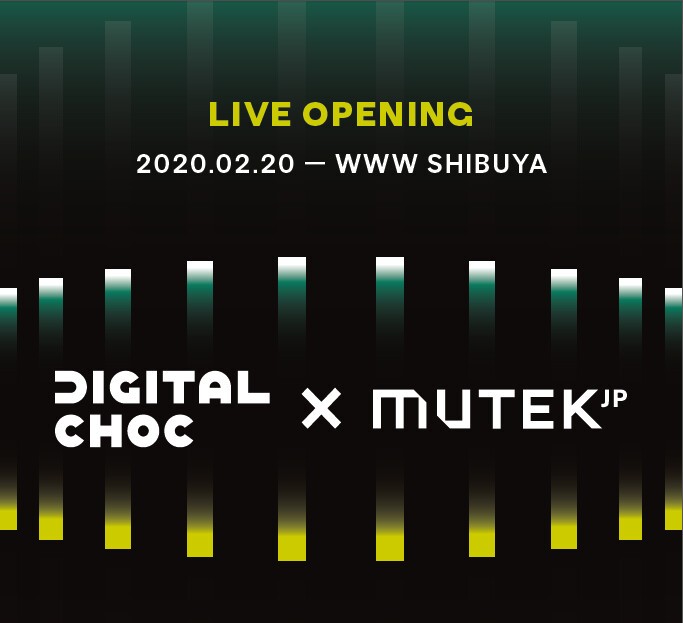 
The Institut francais du Japon together with MUTEK.JP invites to join for their collaborative efforts as part of the “DIGITAL CHOC” festival of new images and digital culture.

DIGITAL CHOC presents a wide range of French and Japanese creativity and collaboration, in order to show case recent developments in new media: from digital arts and video games, to animation, film and electronic music. The theme for this 9th edition is centered around how artists use new technological tools such as augmented and virtual reality to apprehend the world around them in new ways, to rediscover it by changing perspectives, investigating from different angles, reproducing it and changing it. This year’s theme is aimed to initiated a new sense of consciousness about the environment we live in.

Free spirit Molécule’s latest meta-sonic adventure led him north to Greenland. Upon his return, he produced a concept album — -22.7°C — named after the lowest temperature recorded during his trip to the confines of the Arctic Circle. -22.7°C is an audio sound album and transmedia project with an accompanying book of photographs and letters, a documentary film, and a virtual reality experience.

He was born in 1981 in Kanagawa, Japan and is living in Kyoto, Japan. His aesthetics create organic and complexity by emphasizing its characteristics while using technically minimal elements such as sine waves, pulses, dots, lines, and some calculated noise functions.

galcid is Lena’s solo project.  Lena’s electrifying live performances utilizing eurorack modular synths in addition to vintage and modern machines follow three simple 3 rules: NO PCs, NO Presets, NO Preparation! In December 2019, galcid released ambient works from Detroit Underground in digital and cassette tape format. The cassette tapes were sold out in one day in Japan and a week in the US!

SORRY, this system is not compatible with your browser. We suggest you use one of the following browsers (in order of recommendation)